What is Periodontal Services?

Despite all these facts, periodontal diseases are also some of the most preventable diseases.

The word “periodontal” literally means ” around the tooth.” Periodontal diseases are bacterial gum infections that destroy the attachment fibers and supporting bone that hold your teeth in your mouth. The main cause of these diseases is bacterial plaque, a sticky, colorless film that constantly forms on your teeth. Daily home oral care, including proper brushing and flossing, is a must to prevent plaque build-up.

If plaque is not removed, it can turn into a hard substance called calculus in less than two days. Calculus is so hard it can only be removed during a professional cleaning. If calculus develops below the gums onto the tooth root, it makes plaque removal more difficult, leaving you at increased risk for periodontal diseases.

Toxins (or poisons) produced by the bacteria in plaque irritate the gums, causing infection. These toxins also can destroy the supporting tissues around the teeth, including the bone. When this happens, gums separate from the teeth, forming pockets that fill with even more plaque and more infection. As the diseases progress, these pockets deepen, more gum tissue and bone are destroyed, and the teeth eventually become loose. If periodontal diseases are not treated, the teeth may need to be removed.

1152 Broadway
Brooklyn, NY 11221
(Bushwick, Williamsburg, Bedford-Stuyvesant)
☎ (718) 455-4400
DISCLAIMER: PLEASE READ CAREFULLY
The information on this website is to provide general guidance. In no way does any of the information provided reflect definitive medical advice and self diagnoses should not be made based on information obtained online. It is important to consult a best Brooklyn dentist regarding ANY and ALL symptoms or signs as it may a sign of a serious condition. A thorough consultation and examination should ALWAYS be performed for an accurate diagnosis and appropriate dental treatment plan. Be sure to call a dentist in Brooklyn today or schedule a consultation with a best rated dentist Dr. Dr. Dekhtyar of Broadway Family Dentistry.

She is a top rated dentist and one of a few cosmetic dentists in Brooklyn, NY to offer the newest and most advanced dental techniques and procedures. 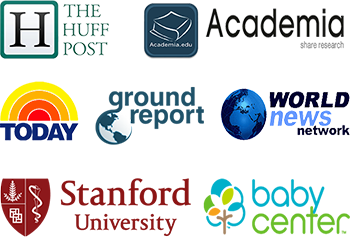